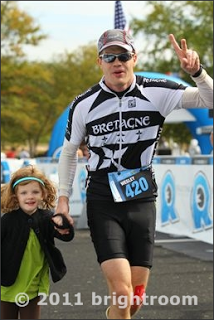 It all began as a dream…
…which was brutally interrupted at 4:30am by my alarm clock, as I had to prepare to drive down to Anderson, SC for the race.

So the question remains, would I do another one. Hearing the amount of people complain about the wind and the hilliness of the bike course, and how close I was to the 6 hour mark. I do see another race at some point, with a fully healed knee, and a flat beachfront course.

Whoever, this Revolution3 group is they run one heck of a race and a family friendly one at that.

Save the time and scroll to 8:50 to see me finish.

*I would note that the video is sliced up so not all finishers are in their correct order. Plus many of them ran the Olympic distance and not the 70.3…if you catch my drift.