“How do you know me?” Nathaniel asked.
Jesus answered, ‘I saw you while you were still under the fig tree before Philip called you.’

Jesus opens and closes the Gospel of John by doing two things…calling people by their name. Acknowledging who they are and where they are coming from. He looks at a Peter and says, “You are Simon son of John.” And in the Garden, as Mary is desperately looking for hope, He simply says, “Mary.” It stuns us to be called by name.

When I started to participate in F3 the name-o-rama (where men share their names and ages) were small enough that the leader could remember most of the guys names. There were no pads of paper or iPhone recorders. Inevitably though they would forget 3 or 4 of the newer guys names. So I remember the day when they listed my name on the website not as “and 3 guys I forgot” but as “Agony.” I felt like I belonged.

To be known by name resonates deep within is us, because it shows that someone cares.

When I was fresh out of college a Bank VP shared a story about the power of knowing people by name. He had an issue with a call center in Phoenix, AZ. One day he spent the afternoon on a conference call hammering out the issue with multiple layers of management, one of whom was a low level telecommunication specialist. She was the front line of the issue and taking the brunt of the criticism. 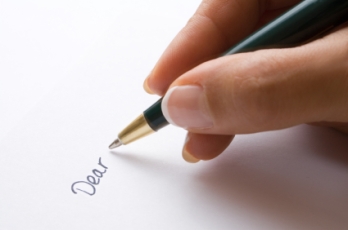 After the meeting, he sat down and wrote a hand written note to this woman to thank her for her work, suggestions and encouragement. He had never met her face-to-face, but felt compelled to spend the time and effort to personally thank her.

Two years later he visited that call center in Pheonix. As the management walked him through the bullpen of cubicles, he said he passed by this woman’s workspace. There on the wall of her cubicle was a picture of her kids, a drawing one of children had made and his letter of appreciation.

It struck him at that moment of the power of the handwritten note addressing people by name. He never imagined his letter would carry the same “weight” as those other things tacked to the cubicle, but it let her know someone cared about her. It was her daily reminder that she mattered.

For Nathaniel the fact that Jesus knew him inspired Nathaniel to follow Him. It gave Peter a new mission. It gave Mary hope in the darkness.

While we bumble through life and greet friends with “How’s it going?” we are hungry to hear our name: to be recognized.

We want to hear, “I’ve been thinking of you today,” or “I missed you,” or “I wish you were here,” or “I really love you.” It is not always easy to say these words, but such words can deepen our bonds with one another.

I have found the most powerful use of a Bible study, devotion, prayer, or article is after reading it to think who is someone I could share this with and then say to them “I was thinking about you when I saw this.”

2 thoughts on “Devotion: Called by Name”