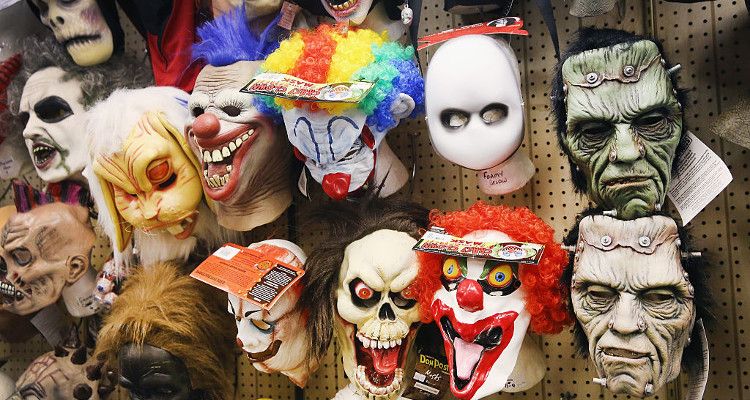 There are five ways that men try to hide their true identities:

Each style is trying to mask a deeper longing within themselves; they have just chosen different relational roles in order to avoid dealing with their deeper longings.

The Little Boy will play the victim who stands above the shattered vase and say, “Did I do that?” They refuse to grow up and meet the challenges of life head on. They are flirty, helpless and innocent. Life is also filled with future possibilities with little concern for actualities. They will wait for someone else to tell them what to do, take care of them and solve all the problems. When problems occur, they will clutch a pillow in near tears eager to blame someone else. At times they can be fun to play with, but they lack any strength to accomplish something worthwhile. This innocence is masked insecurity because it has never been tested, therefore they beg you not to leave them. The little boy is negligent to his responsibilities. His heart idol desire is a longing for comfort and fun.

Some characteristics of the Peter Pan Syndrome are the inability of individuals to take on responsibilities, to commit themselves or to keep promises, excessive care about the way they look and personal well-being and their lack of self-confidence, even though they don’t seem to show it and actually come across as exactly the opposite.

The UGR professor declares that these people are usually scared of loneliness, which is why they try to surround themselves with people who can meet their needs. “They become anxious when they are evaluated by their work colleagues or their superiors, given they are completely intolerant towards any criticism. Sometimes they can have serious adaptation problems at work or in personal relationships.”

Another characteristic of people suffering from the ‘Peter Pan Syndrome’ is that they are constantly changing partners and looking for younger ones. “Whenever the relationship starts to ask for a high level of commitment and responsibility, they become afraid and break it up. Relationships with younger women have the advantage of being able to live by the day without any worries, and they also involve less future plans, therefore less responsibilities.”*

The Nice Guy wants you to like them. They are constantly aware and concerned and motivated by the approval of others. They want to appear sensitive and heartwarming so that “how can you blame me?” However, this limits their ability to get into the mess of difficult situations because they will not take responsibly for any real challenge. The nice guy absorbs others complaints and conflicts while deep below the gentle facade resentment can lurk. The nice guy is unassertive. His heart idol desire is a longing for approval and affirmation.

The pastor is typically a man who is widely respected as a humble and gentle man. His relational style is marked by a consistent effort to see the best in others and a winsome ability to reconcile competing viewpoints, a talent he uses to keep peace in church board meetings. He is never pushy, even when he has strong opinions. He prefers to sit back in his chair, reflect on the merits of all that’s been said, add a few comments in favor of his position, and then ask for a vote. People describe him as wise, patient, and utterly selfless. That is his style of relating. Most people wouldn’t think to look carefully at a relational style well received by so many.

However, I would want to ask the pastor’s wife, children, and best friend if they sense he sometimes avoids conflict that should be faced. Tough questions and hard lines are necessary in certain situations. Can this man ask those questions (“Son, I want to know where you were until 2:30 this morning. Curfew is midnight.”) and draw those lines (“Honey, I know how much you want new drapes, but in my judgment, our finances don’t allow us to buy them now.”)? Or does he avoid the potential for an angry or disappointed response by remaining calm, patient —and weak? If the pastor tends to be gentle when a strong man would be firm, I would suspect not only that his attractive relational style frustrates his wife but also that it represents a deceitfully winsome attempt to keep things pleasant, an attempt that is weak and self-protective. –Larry Crabb, Inside Out.

The Tactician is the amotional man who rarely looks up from their task list. They remain distant from the people around them. They are far more focused on productivity, results and tasks than relationships. The ends always justify the means. Busyness is to be valued, while availability reveals laziness. Relationships are utilitarian and established once people prove their worth. People, especially emotions, are perceived as problems and obstacles to be avoided. Therefore, they walk around with a sign that says “don’t bother me.” This allows them to disappear into the shadows, bury their nose in spreadsheets and avoid any meaningful relationships. His heart idol longing is a desire for security and safety.

The husbands work hard in their business, are highly intelligent and on an economic level, making it. They’re excellent providers…but active as they may be at work–they seem increasingly impotent, literally and figuratively, with their wives. And they silently retreat behind newspapers, magazines, television, highballs in the home…Let me briefly describe a typical evening at home for such a couple:

The husband arrives around 7 o’clock exhausted from his day at the office. He has spent his day dealing with people and their problems. He has had it up to the eyeballs…He wants to hide from everyone–including (especially) his family. He has a nonconversational drink or two, silently reads the paper and wolfs down his dinner. He pays only token attention to his wife, maybe a little more to the kids, and then withdraws behind the TV. Remaining semiglued to the television set through the 11 o’clock news, he comes to bed eventually with his wife usually already asleep.

The Jester is the comical relief to life. They hide deep wounds beneath awkward jokes and innuendoes. They distract from any meaningful conversation by defetly dodging and weaving. Everything gets turned into a punchline. Their humor can range between self-deprivation and sarcasm. The self-deprecating jester tends towards a nice-guy routine, while the sarcastic jester is closely associated with an asshole. While they may be entertaining to be around, over time you realize there is nothing of substance within them. They cannot be relied upon. If life’s a joke, then nothing can be demanded of them other than to entertain us. The jester is impulsive and dismissive. His heart idol longing is a desire for attention and acceptance.

The Asshole…Ah the asshole. The tough guy veneer is the machismo of a “real man.” Their sense of entitlement without any consideration for how another person may respond is the hallmark of the asshole. Life is a zero-some game, therefore if they are not winning they are losers. Weakness is avoided at all costs. Their aggression trumps any opportunity for empathy or compassion. The asshole is entitled, smug and aggressive. His heart idol longing is a desire for power and control.

The asshole feels entitled to allow himself special advantages as he pleases systematically, across a wide range of social interactions. He cuts in line, and interrupts often, and drives without particular care, and persistently highlights people’s flaws. He rides people with wearing comments–veiled criticisms and insinuating questions… –Aaron James, Assholes: A Theory.

Take business partners Mark and Jason. They are starting to escalate their argument, one that’s been a recurring theme in their partnership. Mark is keeping his voice even, while Jason is getting louder and louder. Mark starts to smily smugly, and Jason blows his stack, to which Mark reacts with contempt (a toxic mix of disgust and aggression), saying that this kind of predictable behavior from Jason is exactly what is ruining their business. Jason cracks; he tears up, along with his shame that he’s falling apart. Mark remains impassive, dismissing his own responsibility in the interaction and says, “Here you go again.” Jason hardens. They move apart. Jason may have looked like the aggressive one, but Mark, by goading and then shaming Jason, was actually more aggressive, despite his lack of loudness.

–Robert Masters, To Be a Man.

By identifying the ways we hide our true identity, we are able to begin a transformative process that redeems these 5 styles into their biblical models.

These basic frameworks are extensions of the work of Roger Edwards and the Barnabas Counseling Center.

2 thoughts on “Being Men: 5 Relational Styles of Men”