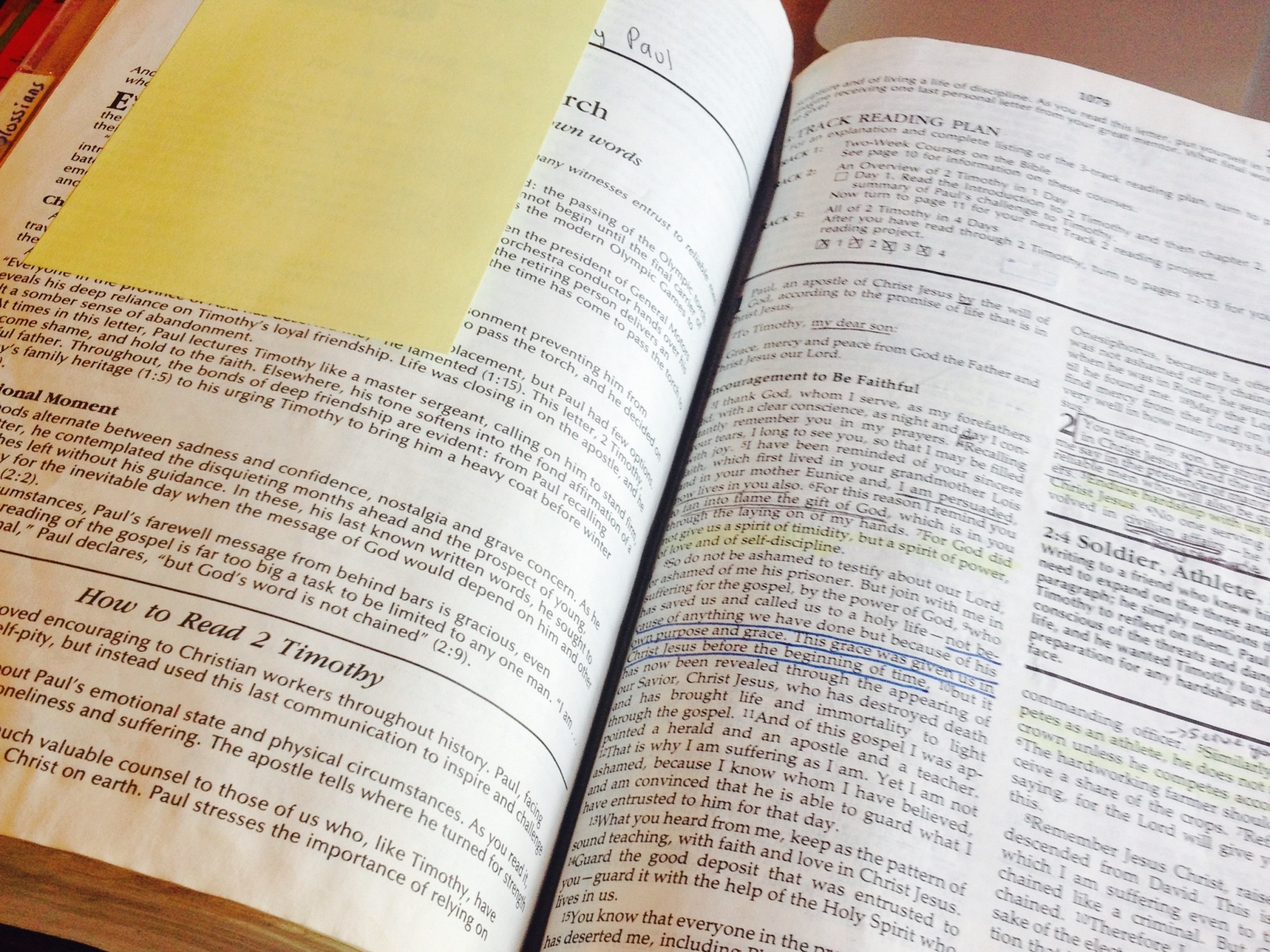 Not many of you should become teachers, my brothers, for you know that we who teach will be judged with greater strictness. ~James 3:1

As the final song wrapped up, I had to laugh to myself.  I had gotten the boys dressed, fed, to church, and everything setup.  But I had left my sermon outline on the counter at home.  And the post-it that I usually scribble the key points on…well, I did not have my Starbucks stop that morning to nail them down.  So, yesterday’s sermon was launched out with a simple prayer: “Guess it’s Your word, not my words.”

It reminded me of a sermon about a year ago, when I felt led to wrap the message with the fruit of the spirit…and rattled of 8 of the 9.  After the service, one of the youth came up to me and said, “you forgot ‘faithfulness’.”  I loved that she did that for three reasons: 1) It meant she was paying attention, 2) It meant that she knows the scriptures herself, 3) she felt comfortable to let me know where I stumbled.

It reminded me of this story by Parker Palmer:

“I have heard of a history teacher who knew how to open space with a lecture—and who exemplifies the courage it takes to do so. At the first class, this teacher gave a detailed lecture surveying the major events of the period under consideration. At the end of that session, with the students bending under the weight of information the teacher had dumped on them, he said: “You can tear up all your notes because much of what I said today is untrue. Some of it was so patently false you should have been suspicious—there was no electrical power in the seventeenth century! From time to time in the coming term I will slip in more lies. It will be up to you to catch them, and to challenge me if you want to get things straight. I will not accept any of my own lies as answers on exams. They are false even if I did say them. Class dismissed.”

What if we approached the sermon with the same attitude?  Hungry not to be spoonfed by a showy pastor, but to be nourished by the Living Word of God?

Someone once asked Tim Keller what he thinks about people taking notes during his sermon.  His response: “I don’t mind if you take notes at the beginning of a message, but if you’re still taking notes at the end, I feel like I haven’t brought it home.”

His point is that he frontloads his sermon with culturally relevant data, interesting narratives, figures and illustrations, but by the end he should be pointing us to the gospel of Christ each and every Sunday.  It should be delivered in such a winsome way that we are enraptured by the message of God who would go to such extremes for us.  It may not be noteworthy, but worthy of the Gospel.

Now, I do hold to high(ish) view of the sermon, but like the professor, I view it as a mechanism that should drive each listener deeper into God’s Word for themselves.

One of my worst preaching experiences was when I preached to 7 people–6 of whom of were in the choir.  13 minutes into the sermon, I noticed that the one guy not in the choir had picked up the Bible in the pew rack and started flipping through it.  In the back of my mind, I thought to myself, “Great, I lost him…” to which God quickly rebuffed me saying, “I’d rather him go back to the source than listen to this.”

So rather than idolizing our words, how can our words, as preachers and teachers, take folks one step deeper into the Word?  And maybe it’s some Sundays where we stumble so people see the One who never stumbled.

One thought on “Devotion: Your Word, not my words”