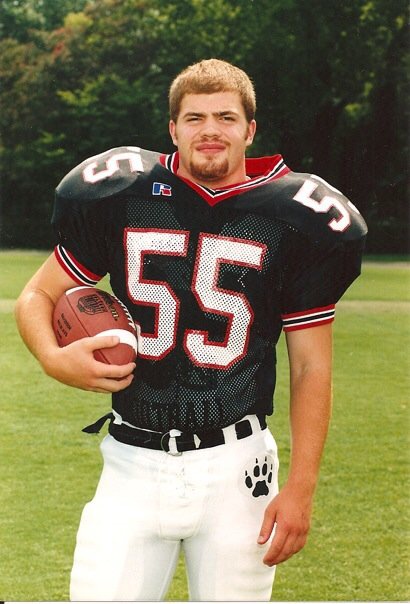 “We all like sheep have gone astray, each of us has turned to his own way. But the Lord laid upon him the inquity of us all.” ~Isaiah 53:6

Though most people doubt the validity of this claim, I played contact football for 12 years, including one year of college football at Davidson…well, technically, I held the tackling dummies really well that final year. I was always undersized for my position as I could not keep the weight on.

While getting ready for college football in Atlanta, I went to a professional trainer for nutrition and workout advice. On the way out the door, he said “Oh, by the way, another thing you need are these.” And then he handed me a bottle of Androstene. Hesitating, I handed him back the bottle and feebly asked, “Um, aren’t those on the banned substances list of the NCAA?”

His reply, “Oh, no, this is what Sammy Sosa and Mark McGwire are using” (It was the summer of 1998). I still remember going home that day to look on the internet for the NCAA’s banned substances list. As I waited for the AOL Dialup to connect, I recall thinking that if I could not find Androstene then I would go back and give it a try. I needed an edge to break through as my strength had seemingly plateaued.

I was torn…perhaps this would help me get that missing strength I needed. McGwire and Sosa are using it, so maybe it is not banned. As the modem screeched, I debated how deep to go into the web search. But as the webpage finally loaded, the very first substance listed was “Androstene” (it was alphabetical after all). So I logged out. I decided to head back to the weightroom rather than visit that trainer again.

While I struggled that season since I was undersized, I strangely was “randomly” drug tested twice by the NCAA. (I think they looked at our roster and maybe hoped that I was on something so I would not be crushed to pieces.)

Fast forward 16 years later and I realize how razor thin that moment was. Had I taken the guy’s advice, I would have been popped for doping during my first week of collegiate athletics.

Currently, I am reading Peak Performance, where the authors talk about the consistent pressure our society places on us to constantly be accessible, successful and “on.” This creates an unrelenting pressure that places us on a razor’s edge. They write, “Desperation is often the first step down a dangerous path.”

Thanks be to God that He decided to fall off that edge for us in order to pursue us down our wayward paths and bring us home.

What decisions lay before you? How do you know where the good path lies? When desperate, where do you turn?