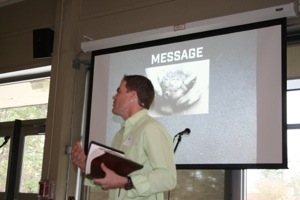 As I have been able to experience the pure joy of preaching weekly, I have come to see how the preaching moment has become similar to my experience in artmaking. There are some old blogs and published articles on my theology of Artmaking (Happy Googling if you care).

I think the below two pieces of artwork best describe the transformation of my artmaking: 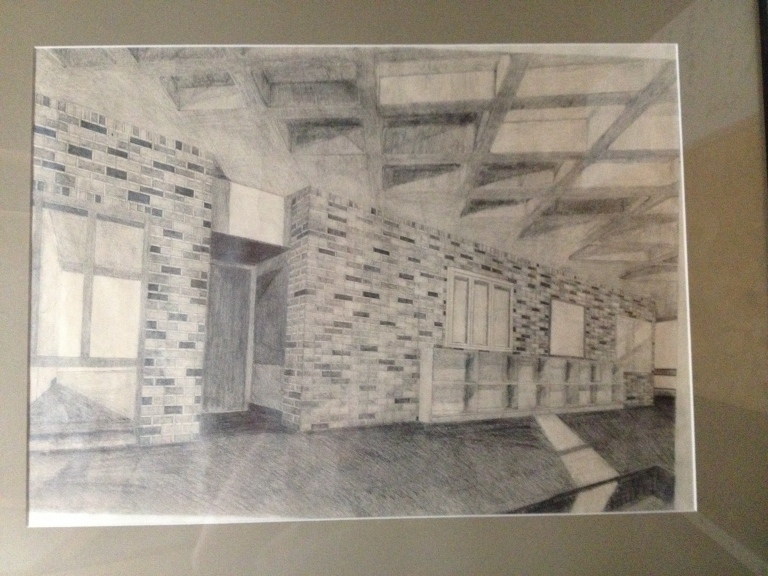 The first was a linear, perspective drawing I did while in high school. This drawing took weeks longer than the teacher had assigned, as I painstakingly drew each line and sought to capture each bricks specific hue. I was kurfuffled by the steps and adjoining room whose horizon point were vastly different. I call this my anal-retentive stage of artmaking. I would sit in front of tree and try to capture each leave. I was obsessed and overwhelmed by detail. While “good” by grading standards it was not invigorating.

And then something happened to me in college.

The short version is that my ministerial mentor had a moral failing, and so I went into the studio filled with anger, pain, frustration, grief…and I sought to draw out of that emotion. I forewent accuracy for authenticity. Content for delivery. And interestingly, my artwork became invigorating and life affirming for me. I was less interested in what other people “see” and more interested in how the process of artmaking helped me communion with God. Artmaking became worship. 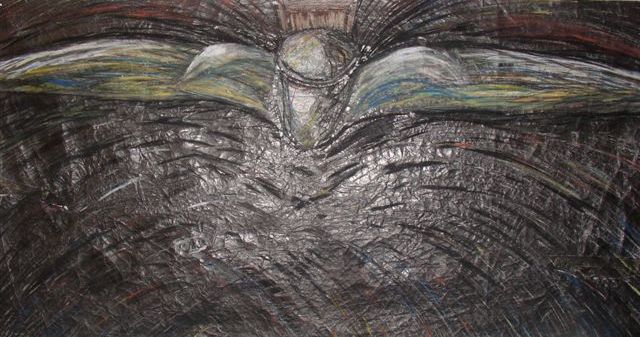 While far more messy, I was far more passionate. During one particular studio session, our professor had asked another artist why his artwork was so drastically different than his previous work. The young man’s response was that he “saw the passion Wes now had for art and wanted to try something different.”

In a similar way this transformation has happened for my preaching.

My academic training through college and seminary was very focused on word choices and accuracy (not theological but verbal). Turning the appropriate phrase at the right time, hitting the academic pedigree (google some of my first sermons and you will see them laid out like an academic essays), peppering it with multi-syllabic discussions of epistemology, soteriology and all the-ologies you could muster. In fact, I still am kurfuffled on why, but I was awarded a preaching award from my seminary at graduation, but I guess I had bought in.

Then one day, I snapped. I realized my preaching, like my first approach at artmaking may have been detailed and accurate, it was not life affirming to me. I was going through the painstaking motions…Sadlclowning it if you were. So I stepped out of the pulpit of a 200 year old church, and sought to share the impact Jesus had on me that week as I fell in love with His story. I discovered that people didn’t throw a hymnal at me, but were hungry for that story.

Instead of that Princeton award, I prize two comments given by a pastor and normal guy when they said at different times, “you don’t preach at us, but with us” and “it feels just like our coffee table conversations.”

I stopped looking down at a manuscript and started looking out at the people who were hungry for message of Good News.

Phil Vischer the creator of VeggieTales says it beautifully himself,

What I put in my movies is more or less irrelevant if it isn’t coming out in my life. I realized I had become so busy trying to ‘save the world’ with my visionary ministry that I was too stressed and preoccupied to make eye contact with the girl bagging my groceries at the supermarket. And where does Christianity actually happen? Where does the “rubber meet the road,” as it were?”

I came to realize that ministry happens not in the study and pulpit alone–but from the pulpit through the pew and onto the pavement. And if we are not bringing the stuff of the pavement into the study, we are a failing to follow Him.

2 thoughts on “The Evolution of my Artmaking”