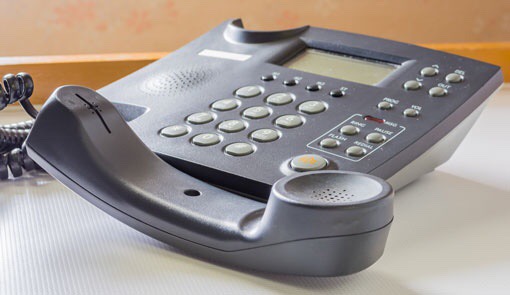 When I was 20, I interned for a startup church. For about 20 hours per week, I would show up for no charge and do anything and everything they asked. One of the tasks I had was rather intimidating for me. I was to call first time visitors, thank them for attending and then try to place them into an area small group. Each Monday I would arrive with 10 to 15 names and numbers to call.

Like most people, the experience of “cold calling” was challenging and unnerving. Never knowing if I would get an answering machine, a receptive enthusiast, a lonely soul, or an angry contrarian, I dialed away. In particular I remember one phone call where a man started to curse me out for trying to place him into a small group. He yelled, “Why the hell do I need a community group? You telling me there is something f-ing wrong with me? How did you get my number anyway?” Feebly, I said, “um…you wrote it down yesterday at a church and checked the box for someone to call you.” “Oh yeah…never mind.” And he hung up.

I have been reading a fascinating book called Learned Optimism by Seligman. In it he describes how his research radically shifted the hiring and performance of MetLife insurance salesmen. He talks about the confidence it takes to make cold calls. That we all hate picking up the phone, but the persistence pays off. He describes the indicator if someone would succeed at MetLife was whether they could get past the “wall” of rejection and keep dialing away.

Seligman’s theory is how we address the ABCs: we all face adversity, but what our beliefs are will determine the consequences of our lives. If we believe ourselves to be failures, then consequentially we will give in and give up. If we believe that these are chances to address of our fears, and opportunities God uses to develop us further, then we are able to burst through these walls of adversity with hope and confidence.

My biggest anxiety came true. Someone was annoyed by me. However, in that moment I realized it wasn’t a “me” issue (he had checked the box!). That one phone call, I now believe, produced a bit of resilience in my heart. Through a mundane task, that church internship provided me a tremendous gift that shaped my ministry as a church planter.

When I was in seminary, and got to intern at another church (where I had to pay them for me to work–I’m noticing a trend there, too!). They handed me a list of 32 names of young adults who were “members” of the church but had disappeared over the years.

I called them, facing the same hurdles as before, to invite them to a Bible study at Starbucks on Thursday nights. Some were annoyed that I had been given their numbers, some had moved to other churches happy to complain to me of their discontent, some had politely listened…Of the 32 names, in the end our gathering consisted of 3 young adults: a woman who sung in the church band, a woman who had just graduated from nursing school and was back home until she got hired and an angry, agnostic man who was living in his parent’s basement.

That semester of coffee, conversations and scripture was one of the best experiences of seminary, as I got to hear real people engage scripture. Having weathered the awkwardness of cold calls from my first internship, I now got to weather the awkwardness of four strangers coming together.

On one particularly night, after reading aloud the story of Jesus turning water into wine, the band member spoke up and said, “I have heard people talk about this story before but I have never read it before.” Then the agnostic man, who had read the entire Bible, realized he was just as “normal” as the rest of us and began to ask thoughtful questions. This opened the door to fruitful discipleship for each one of us.

When I was a hospital intern (again unpaid), I would be handed a daily list of names on a floor. I would walk door by door knocking to see if they wanted to speak with a chaplain. While often dismissed with a grunt, that summer I had the privilege to meet and was ministried to by a young man named Erik who was HIV positive. For three weeks we would visit, and his questions about the efficacy of prayer still challenge me to this day. All because I knocked on his door one day.

Looking back, I see how God was stitching together seemingly mundane thing–like making cold calls–to further my ministry and my life. Now, after the first two years of Waypoint, I have seen how cold calls and coffee conversations are central parts of my ministry.  Through those earlier experiences, God produced in me a healthy indifference for when I meet people who decide this mission is not their mission. I am able to see people not as potential church recruits, but fellow journeymen who God is using to shape my life-even if it is just for one awkward phone call.

Hitting the wall, with the confidence that God’s next step may actually lay beyond this obstacle, allows us to obey Christ’s final command to “Go & Tell.”

King David started his ministry as an under-shepherd tending to his father’s flock. Yet in doing so, he got the practice and skill necessary to become a “Man after God’s own heart.” The Shepherd Leader is a central motif within the Bible, and a precursor to who Jesus is as the Good Shepherd.

So when David was pulling briars out of a ewe’s wool, when he was dropping back to check on the lagging sheep, when he was flinging stones at circling wolves, when he was finding green pastures, he was making small steps towards the man God had designed him to be.

While you may not be making cold calls, what walls of rejection are you hitting in life? Where do you get the confidence to move forward? How might God be preparing you through those awkward moments?

3 thoughts on “Devotion: Bursting through Walls of Rejection”